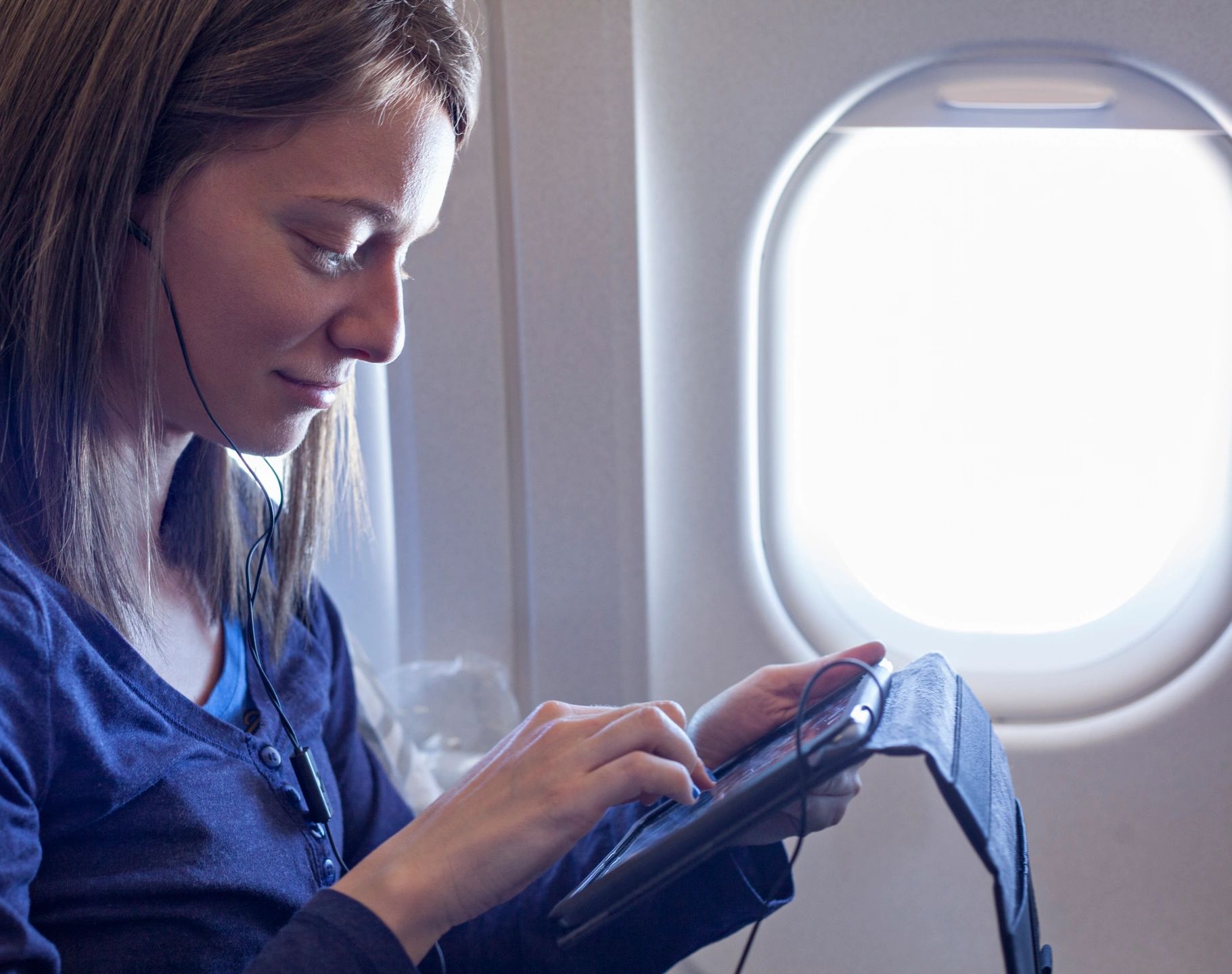 Unless you are seated at a bulkhead (that’s basically a wall or partition) you will most likely have another seat in front of you. As I mentioned in my last post, some of these seats will have small TV monitors built into them. You should also have a collapsable tray table to put your drinks or computer on. But all of these seats are going to have a big pocket.

What’s in this pocket varies from airline to airline. Sometimes you’ll find an airline published magazine, maybe a menu, an airline credit card application, a guide to the in-seat entertainment or internet. Occasionally some leftover newspapers and magazines will show up.

It’s not what’s already in there that’s important, it’s what people leave behind. Everyday across the U.S. thousands of wallets, cellphones, tablets, computers, and books are left behind. It’s easy to see why, that pocket in front of you looks like the perfect place to store something. The problem is that those pockets are often deeper than they seem and whatever you put in there can vanish from sight.

Most airlines will remind you to check the seat pockets, overhead bins, and floor area around your seat before you get off the airplane. But as people become stressed with the thought of connecting flights, baggage claim, and ground transportation they tend to forget the little things they put in the seat pocket.

It can be a very big deal to leave something behind. If it’s your passport you won’t be able to travel internationally. If it’s your wallet you might find yourself without any ID, cash or credit cards. You won’t be able to contact anyone without your phone. And getting it back might not be as simple as you think. Some airports add a surcharge for returning your belongings that can be quite expensive.

The best way to avoid losing anything in the seat pocket is to not put any personal belongings in there to begin with.

Traveling With a Stroller